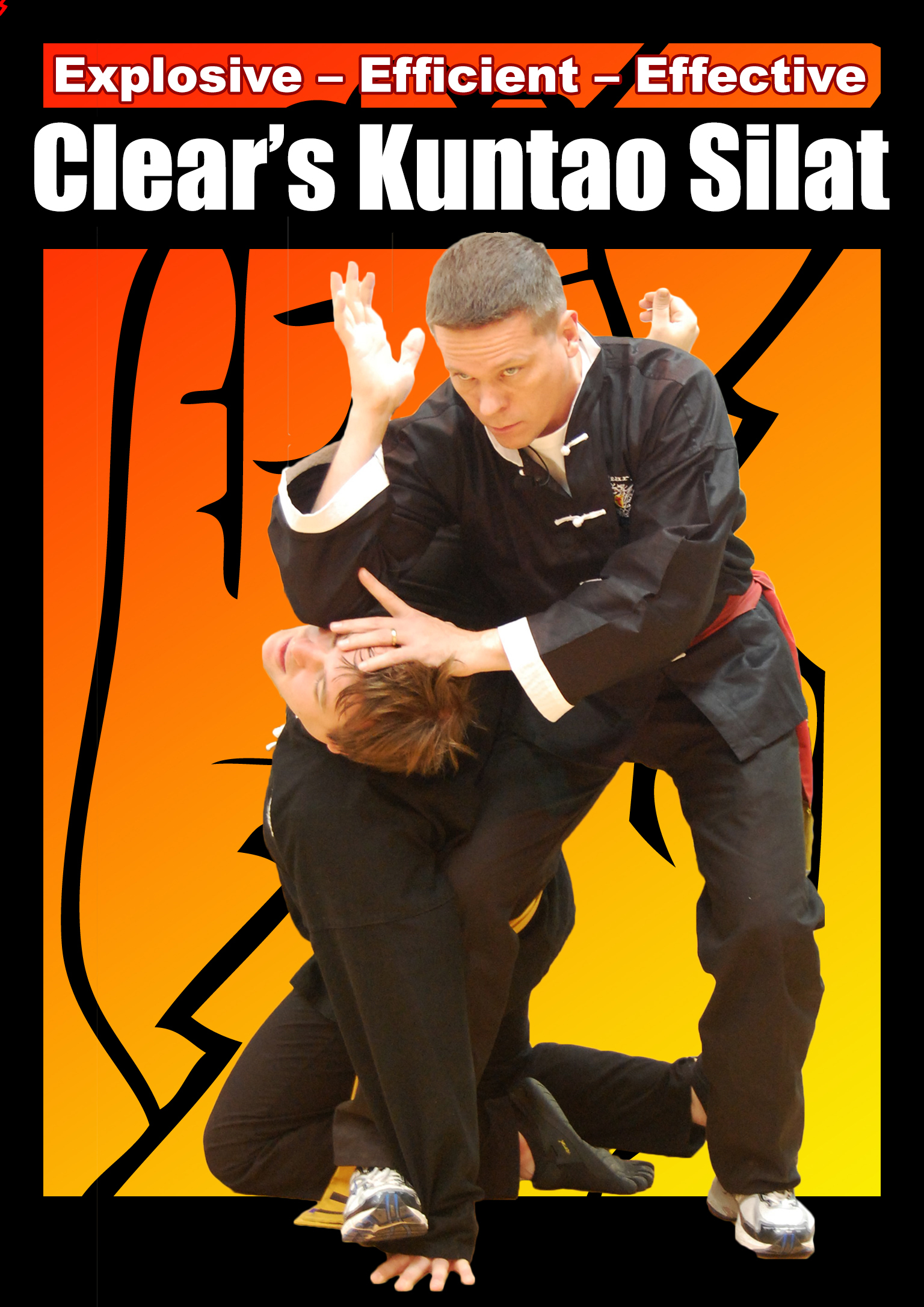 Pentjak Silat are the martial arts from Indonesia & Malaysia known for their vicious use of bladed weapons.

Kuntao is the old hand Kung Fu (including Tai Chi, Xing Yi & Bagua) that migrated from southern China down to the jungles of South East Asia.

These arts have been mixing for centuries and together they make an explosive & powerful combination.

Clear Silat is dedicated to preserving the street-practical self defense side of these arts combined with the efficient & effective teaching methods of “inner door” family style training.

Clear Silat is Kuntao Silat. Kuntao Silat is a mixture of Silat and Kuntao. This mixture goes back quite a few generations and is a blend that came has come about starting with the Chinese trade with the spice islands of Indonesia and Malaysia in the 1200’s.

Although pure Pentjak Silat and pure Kuntao styles can be found in the islands the majority of martial art styles that can be found in Indonesia and Malaysia today are a combination of Kuntao and Silat. Part of the reason for this is that the primary purpose for martial arts study in the islands is survival. This tends to mean that if something works then use it and if it works particularly well then claim it as your own.

The mixture of Kuntao and Silat allows for a wide range of techniques and awfully sudden changes in expression that can be very explosive while being very deceptive. Kuntao Silat is directed towards the practitioner being able to defend themselves against multiple attackers, armed with weapons, attacking by surprise. The art is a mixture of powerful, explosive and fluid bone breaking and pressure point striking designed to help one extricate themselves from a situation as rapidly as possible. In the art every part of the body that can possibly be used is considered and used as a weapon.

For over 40 years Sigung Richard Clear has developed these programs based on his extensive studies in the martial arts of Indonesia, China, Tibet, Russia and other cultures.

In Our Phase 1 Curriculum You Will Learn:

Take your Self Defense skills to the next level with our Phase 2 Curriculm.